Peter Kwan is a retired law professor and Founder of the Home Sharers Democratic Club.

I am a fairly typical Airbnb Host. I rent out part of my residential home in San Francisco. I’ve been doing so for nine years, and for most of that time, I’ve been a Superhost.

And like the vast majority of Hosts, I’ve suffered mass cancellations since March due to the COVID-19 pandemic. Some reservations have fallen within the dates of Airbnb’s Extenuating Circumstances Policy (“ECP”) and so I’ve had no choice but to see those reservations cancelled with a mandatory full refund to the Guest.

Other COVID-cancellations fall outside the ECP dates. As to those, I typically receive an email from Airbnb like the one below where a Guest (I’ll call her “Esther” to protect her identity) is requesting to cancel with full refund. My cancellation policy is Strict, so I stand to get 50% of the rent if I chose to do nothing or reject her request.

I asked a group of fellow hosts in San Francisco for their advice on what I should do.

Esther is uncomfortable traveling because of the coronavirus (COVID-19).

We understand many hosts and guests may feel uncomfortable hosting or traveling at this time. Because the wellbeing of our community is our priority, we’re temporarily allowing guests in this situation to ask hosts for a full refund.

As a host, you can agree to cancel the reservation penalty-free, and give Esther a full refund. We’ll refund the service fee. If we don’t hear from you before 3 Apr at 4:35 AM, the request will expire and the reservation will remain active.

I gave a full refund.

Airbnb gave me a deadline to reply before April 3, otherwise my Strict policy will apply. In other words, if the right thing to do is to issue a full refund, I need to do it by April 3. If I do nothing, I risk Airbnb telling my Guest that her heartless Host has refused to reply to her request in time, so according to his Strict policy, she loses half her money. Sure, I could issue a full refund after April 3, but the damage would already be done. I would already be seen as a jerk in the eyes of my Guest. Bottom line: Airbnb’s imposition of a deadline exerted further pressure on me, one that is pro-Guest and anti-Host.

But that isn’t the reason I issued a full refund.

I admit to being swayed by the majority of my friends who argued for a full refund for two reasons:

(2) The Golden Rule argument: this is the “do unto others as you would have them do unto you” argument – that is, if I (the Host) were in the Guest’s shoes, I would like to have a full refund too.

However, I am uncomfortable about this result, for the following reasons:

(i) Just because I can absorb the loss doesn’t make it the morally right thing to do. Even if I can afford the loss, the loss may be more impactful on me than on the Guest. In other words, the Guest may be much wealthier than I am (she may be a billionaire). If the right thing to do is for the wealthier party to absorb the loss (because the harm is relatively less impactful), then in this case the right thing to do is NOT for me to shoulder the entire risk. Without knowing the relative wealth of each party, by facilitating an exchange that puts the burden on the Host to deny a full refund request, Airbnb is not being a fair arbiter. Of course, it’s not realistic to expect each party to attest to their wealth before reaching a refund decision. I’m just saying that the argument “I, the Host, can afford to issue a full refund, therefore it is the right thing to do” is not a morally sufficient argument.

(ii) The Golden Rule would not determine a full refund result if Guests by and large do not agree that the Host should bear the entire risk. That is, even though Guests may appreciate a full refund, they may upon further reflection see that the pandemic is not entirely the Host’s fault (or at all). If the risk burden is SHARED between the parties, that would be more equitable.

Another friend argued that I should decline a full refund because the Guest had the opportunity to purchase travel insurance but failed to do so. Thus, the Guest’s failure to insure against the risk means the Host should not be the one to bear the risk. That argument is problematic for two reasons:

(a) most affordable travel insurance policies have force majeur (Acts of God) exclusions. A pandemic would probably fall under such an exclusion. Any policy that includes protection for pandemics would probably be prohibitively expensive and not easy to find.

(b) the Guest could also argue that the Host could have taken out a Loss of Income Policy and failed to do so. Since both parties did not avail themselves of insurance against a pandemic, neither should use the failure of the other party to do so as a reason to shift the risk.

Bottom Line: From an ethical point of view, for cancellation requests falling outside the ECP (like Esther’s) Airbnb’s message unfairly places the burden on the host to reject giving a full refund rather than allowing the parties to negotiate a fair distribution of risk from a neutral starting point. Airbnb could have done a better job allowing the parties to negotiate in sharing the risk in a way that is less unfair on Hosts.

What about reservations covered by the ECP? Right now, Airbnb’s ECP imposes a risk distribution of: Airbnb – 3% (it’s waiving its Service Fee), Hosts – 97%, Guests – 0%. Most would agree this is unfair. I suspect Airbnb came to this result because to them it is more important to preserve the goodwill of those providing the income stream (Guests). But Hosts are also an important part of their business model.

Throwing Hosts under the bus in this way does not seem to me to be good business practice, as well as being not the right thing to do. Under public pressure, Airbnb changed the ECP on March 30 by instituting a $250 million fund that will give hosts losing reservations under the ECP, 25% of the fees she would have gotten under her cancellation policy.

This gesture goes some way to correct the imbalance of the ECP risk distribution, but Hosts with a Flexible cancellation policy gets nothing from this Fund and even if her policy was set at Strict, she can only expect $12.50 for every $100 of lost revenue for a COVID-cancellation falling under the ECP. I guess that’s a bit like only being paralyzed from the neck down after being thrown under the bus. Keep your tabs: How to record your Airbnb income and expenses 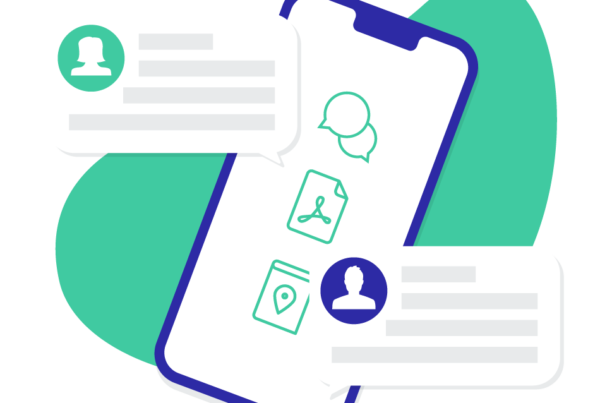 Eliminate in-person meetings with guests [+save time and money] Cancellations are up 500%: How bad is it for vacation rentals?